The Eva Luise Köhler Research Award has been granted annually since 2008 to promote research into rare diseases. The awarded money of €50,000 each has already enabled more than a dozen innovative research projects to be launched. The 2015 award winner, Prof. Dr. Heymut Omran, told journalist Sandra Arens how his research in the field of Primary Ciliary Dyskinesia has developed since he received the award.

Sniffles, coughs, middle ear infections - what sounds like a cold can, in rare cases, point to Primary Ciliary Dyskinesia, a dangerous genetic disorder. Early detection is the key to therapy. Pediatrician Professor Dr. Heymut Omran and his team have investigated how this can be done.

Almost all of our cells are covered with cilia. They can be mobile and immobile and perform a wide variety of tasks in the body. In the respiratory tract, motile cilia are responsible for the removal of mucus, bacteria, and cellular debris. In people with primary ciliary dyskinesia (PCD), the movements of the cilia are disturbed - self-cleaning does not work or does not work well enough. One in 10,000 newborns is born with PCD. Babies often suffer from strained breathing, nasal congestion and coughing immediately after birth. But PCD is not always diagnosed so early. Many people do not learn of their disease until adulthood - sometimes not until severe lung infections and destruction of lung tissue have already occurred.

Primary ciliary dyskinesia is not curable. However, if it is detected and treated at an early stage - for example, through respiratory physiotherapy, inhalation or prophylactic antibiotic administration - the severity of respiratory symptoms can be significantly reduced. Those affected can then usually lead an almost normal life. Pediatrician Professor Dr. Heymut Omran from the Department of Pediatrics and Adolescent Medicine at Münster University Hospital has identified around 40 new genetic defects that lead to PCD with the help of genetic and protein tests. "We can now describe various clinical pictures of PCD that many were not even aware of before," Omran explains. "We have understood how the disease can progress, can make early diagnoses and optimize therapies." In 2015, the pediatrician and adolescent physician received the Eva Luise Köhler Research Award for Rare Diseases for his work.

Thanks to the findings of Professor Dr. Heymut Omran and his team, hundreds of patients could be diagnosed - this also opened up the opportunity to conduct large randomized studies to further work on the best possible therapeutic approaches. In order to better understand the often different courses of the genetic defects, the data of those affected are now being collected in a European Registry . It is headed by Professor Dr. Heymut Omran. He is also the coordinator of a European reference network of hospitals specializing in PCD to ensure rapid and uncomplicated exchange.

The laureate
Univ.-Prof. Dr. med. Heymut Omran is Director of the Clinic and Polyclinic for Pediatric and Adolescent Medicine at the Westphalian Wilhelm University of Münster. He has been working and researching in the field of rare hereditary diseases for around 30 years. In 2015, Professor Omran received the Eva Luise Köhler Research Award for Rare Diseases for his findings on Primary Ciliary Dyskinesia. 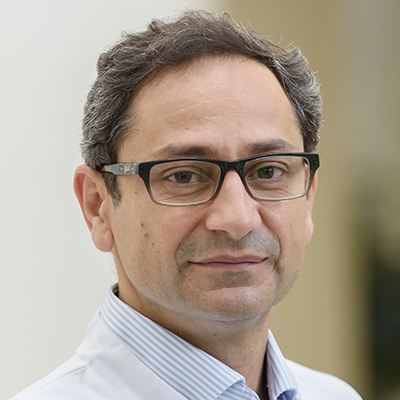